I am a diabetes educator and use many visual aids while teaching patients about the management of their diabetes. Many of the patients I see have received little if any education about just what is happening in their bodies that causes them to be different from a person without diabetes.

The first step in the teaching process begins with pathophysiology…a thorough but basic understanding of what has happened that makes them unable to regulate the sugar balance in their blood. So, in short…the problem.

From this introduction to when I have my next encounter with the patient, I move to the “Why”…why the worry, the bother of trying to control blood sugar, why to test a glucose level, why uncontrolled diabetes can cause so many different health issues. For this visual aid I use dominoes. I line them up and at a certain point in my teaching session I ask the patient to knock down the first domino and of course the end result is a cascade of all of the dominoes as one collides into another and then another. Inevitably one domino brings down the whole long line of dominoes just as uncontrolled blood glucose levels lead to inflammation within the blood vessels which leads to a build up of plaque within those vessel walls resulting in a smaller circumference and ultimately perhaps a blockage of a vessel and finally to the complication…heart attack, stroke, blindness, kidney damage or neuropathy.

Simply put, uncontrolled blood glucose levels lead to predictable problems over time because the balance or harmony within the body has been destroyed. When I teach this I always find myself thinking of how the whole Trump debacle is like that line of dominoes. And today, thankfully, I think we are beginning to see those dominoes fall. For the past two years our nation has been pummeled by a den of thieves, grifters, mobsters and just plan greedy crooks. Appointees intent on lining their own pockets have ignored or mismanaged small problems until they grew into larger ones which were too big to be ignored and thanks to the media the corruption is exposed. 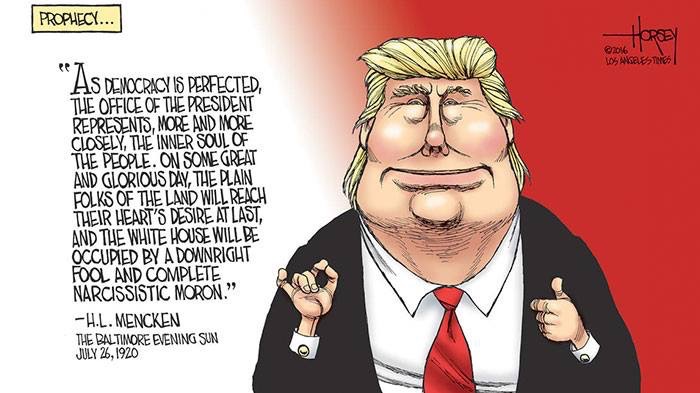 To complete the analogy…One Presidential lie leads to another which leads to the breaking of laws, the tearing down of moral and ethical norms which leads to an enraged American peoples launching a massive resistance movement throughout our nation in attempts to protect our environment, our freedoms, our livelihoods and ultimately to prevent the obliteration of the Rule of Law.

I think the final domino may be about to fall. With the release of the Mueller report perhaps America will be able to see behind the sleight of hand to some of the lawless things that have been perpetrated upon the American people. In a nation built on the Rule of Law, we can only hope that the scales of justice will right itself and sanity will once again return.

It is time for partisan tribalism to step aside and for Americans to unite against common enemies, be they foreign or domestic.

One thought on “Dominoes”